In Memory of Paul Castle

In memory of Paul Castle who made a unique contribution to the dental health of many millions of people through his work promoting and defending water fluoridation as an independent media consultant and member of the British Fluoridation Society.

He graduated in 1968 with a first-class honours degree in history from Pembroke College, University of Oxford and went on to become a journalist.

One of his early posts was as a leader writer for the Liverpool Daily Post, a well-respected and influential regional newspaper. Paul was subsequently elected to Sale Council and stood unsuccessfully as the Labour Party candidate for the Cheadle constituency.

He then joined the NHS to head the Regional Public Relations department for the West Midlands Regional Health Authority (RHA). Subsequently he moved to the North Western RHA. He and the Regional Administrator had shared interests in health promotion and were very active in tobacco control and in promoting water fluoridation.

Paul moved back to the West Midlands where he set up his own company, Castle Communications, and he continued his work with the NHS and the British Fluoridation Society. His report One in a million, now in its third edition, is a testimony to his energy and commitment. He also published “The politics of Fluoridation” which remains a classic. 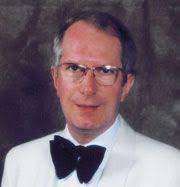 This site uses functional cookies and external scripts to improve your experience.

NOTE: These settings will only apply to the browser and device you are currently using.

Depending on how members of the public interact with the Society, the sort of information we may collect includes: