HomeTechnical Studies of InterestBioavailability of fluoride (University of...
January 18, 2020 by Claire Finn 1 0 0

Bioavailability is measured by the amount of an ingested substance that reaches the bloodstream and the amount that is excreted in the urine.

The study, completed in 2004, involved 20 healthy young adults, with an average age of 25, whose blood fluoride concentrations were measured after they had consumed artificially and naturally fluoridated water samples from four different sources, all containing approximately one part per million of fluoride.  Two were soft waters and two were hard.

The tests were conducted ‘blind’, with neither the subjects nor the researchers knowing which of the four waters had been consumed by whom.

During the experiment the subjects all ate the same low fluoride meals and used fluoride-free toothpaste.

In their conclusions, the researchers acknowledged the relatively small number of participants in the study and suggested that any future studies might benefit from a larger sample size.  Nevertheless, they point to the absence of any statistically significant differences in bioavailability between the fluoridated and non-fluoridated waters used on this occasion.

Researchers ‘blind’ tested blood and urine samples of healthy young adults who had consumed artificially and naturally fluoridated water with the same fluoride concentrations.  No differences in the bioavailability of the fluoride from these sources were found. 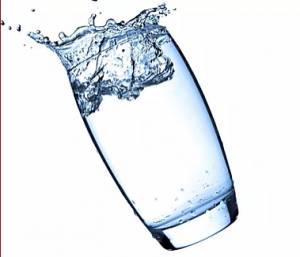 This site uses functional cookies and external scripts to improve your experience.

Colwyn Jones retired as Head of the Evidence for Action team/Consultant in Dental Public Health with NHS Health Scotland but continues to work part-time as an Honorary Senior Lecturer at the College of Medicine and Veterinary Medicine, University of Edinburgh.

Barry Cockcroft graduated from Birmingham Dental School in 1973 and spent most of his career working in general dental practice until he joined the Department of Health as Deputy Chief Dental Officer (DCDO) in 2002, he became CDO in 2005 and remained in post until he retired in 2015. Barry joined the BFS while he was CDO, having been an advocate for water fluoridation all his career. He became Chair of the society in 2020.

NOTE: These settings will only apply to the browser and device you are currently using.

Depending on how members of the public interact with the Society, the sort of information we may collect includes: