The British Medical Association, which represents doctors practising in the UK, has consistenly supported water fluoridation.  In a policy statement issued in 2010 it says: “The BMA remains committed to to the fluoridation of mains water supplies, after appropriate public consultation, on the grounds of effectiveness, safety and equity.

“The BMA believes that local authorities should be more proactive in helping to reduce the dental inequalities that exist across social groups in the United Kingdom.”

The British Dental Association also supports water fluoridation.  In a policy statement issued in 2008 it says: “A healthy, pain-free smile is something that most of us take for granted. For many, though, a lack of access to such basics as fluoride toothpaste and a toothbrush means that they face a future of decay, disease, pain and, in some cases, having teeth extracted.

“Yet much of this could be prevented by one very simple measure. The addition of fluoride into water supplies in certain areas could dramatically reduce the levels of tooth decay and give children a decent start in life. That is why the British Dental Association, along with many other leading healthcare organisations, supports targeted water fluoridation.” 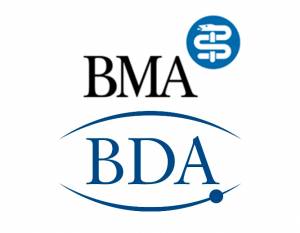